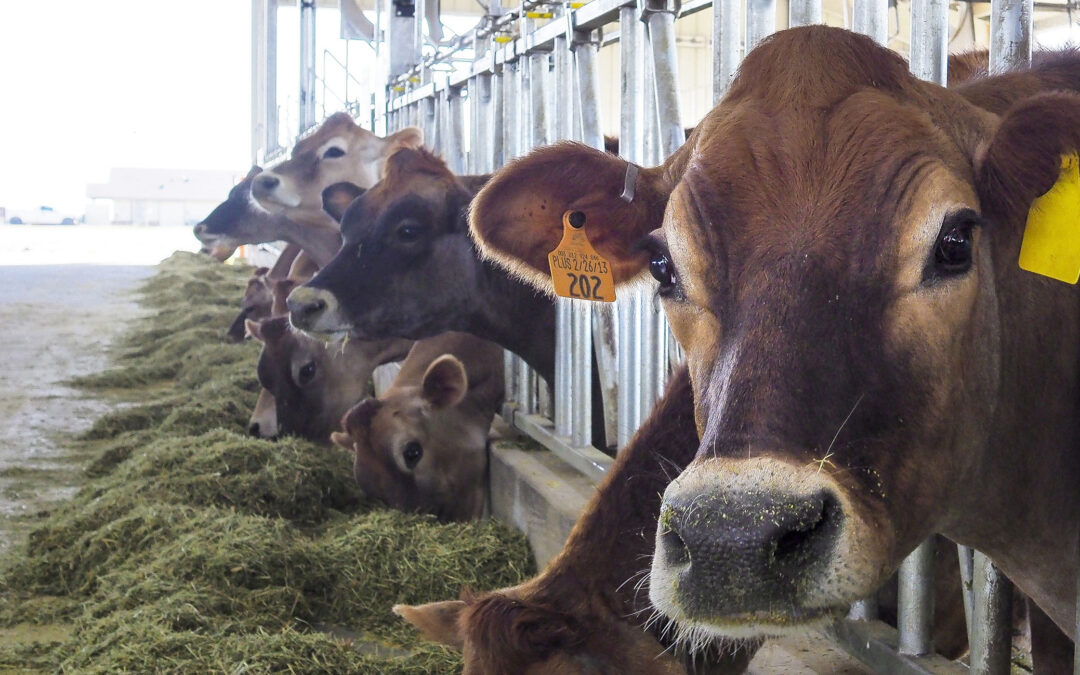 The overall goal of OSU dairy research is to improve the efficiency of dairy production, according to Department of Animal and Food Sciences researchers Andrew Foote and Leon Spicer.

The research entailed feeding no pellets to one group of cows, while feeding two different amounts per day to two other groups. The amount each cow ate per day was measured by a feed bunk. Foote said the key is to make sure dairy cows are getting the right amount of starch and protein, so researchers looked at whether feeding the pellets to the dairy cows affected their dietary needs.

Foote said the mixed diet intake of the cows receiving pellets declined significantly, which “told us that when we feed cows the pellets, we likely need to reformulate their mixed diet to make sure we are meeting their protein requirements and not giving them too much starch.”

However, adding the pellets had no negative effects on milk production. Researchers will follow up with altered mixed rations to determine the amount of protein and corn that needs to be present in a cow’s mixed rations when they also consume pellets. There will likely be a follow up study to determine how increasing amounts of pellets affect the digestibility of a cow’s diet.

Spicer will be presenting summer 2020 research at the ASAS conference in which he and fellow researchers regularly fed Bacillus subtilis bacteria to dairy cows to determine if it impacted milk production and milk components, such as milk fat and milk protein percentage.

In upcoming dairy research, Spicer will be teaming up with OSU’s College of Veterinary Medicine faculty to look at an electrolyte water additive to see how it might impact milk production and feed intake. The study will be conducted in the heat of the summer to see how cows are affected in a more stressful environment.